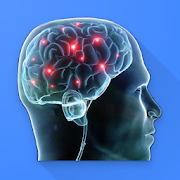 IQ TEST FREE- WHAT IS YOUR WISDOM?

Many of us wonder whats my IQ. We present you the best IQ tester app with an authentic brain test. Try out the Intelligence score app “IQ Test Free– What is your Wisdom”.IQ test have been in use right since the 19th century for measuring intelligence of individuals. This standardized test has been used across the years by educators and psychologists to foretell a person’s academic performance and career success, and also to diagnose mental retardation and disabilities in learning. IQ test remains the most commonly used test for judging mental ability. Get the IQ tester app for your mobile.An intelligence quotient (IQ) is a total score derived from several standardized tests designed to assess human intelligence. Results are adjusted according to the age group. There are many tests of intelligence. IQ Test Free – What is your Wisdom application is based on the Raven IQ test and reminds a logic game for. The Raven IQ test includes sixty questions. The application has three options - a full intelligence test consisting of 60 questions, a moderate IQ test with 30 questions and a quick test, which is shortened to 15 questions. The Raven test has been the norm in Great Britain for decades.The Brain test app provide a free IQ test for everybody and it is suitable for any age, for kids under 15 the free IQ test uses Raven's correction matrices in order to adjust the IQ score and represent reliable results about your brain.The test time is limited to 40 minutes for the full test, 20 minutes for the intermediate test and 10 minutes for the short test. The results of the test - the IQ distribution usually produces a bell graph similar to a normal distribution. The average IQ is 100.  The highest score is 175 , in this case you can be clarified a genius and the lowest is 25, in case results are around this number, the test is called also a stupid test or the dumb test. I just found out whats my IQ score, find yours. :DThe result brain test score is described verbally, rather than displayed on an IQ graph, which is intended to amuse the users more than graphics results.Only the results of the full test are reliable. Short-term tests were created for people who do not want to spend 40 minutes and yet to be tested. At these points, it is important to take into account that the grade received is inaccurate and unreliable.Raven’s Progressive Matrices and Mill Hill Vocabulary Scales were developed for use in fundamental research into the genetic and environmental determinants of ‘‘intelligence.’’ The Raven Progressive Matrices (RPM) intelligence tests (of which there are several versions) are made up of a series of diagrams or designs with a part missing.Those taking the tests are expected to select the correct part to complete the designs from a number of options printed beneath. Most of the tests in this app was conducted with the Standard Progressive Matrices Test. Scores are converted into age adjusted IQ according to Raven's Matrices. The IQ tester app provides option to make selfie and entering your name before sharing results with friends. Brag in front of your friends sharing status of “Whats my IQ”.What are your waiting for, Download the best IQ Tester app “IQ Test Free – What is your Wisdom”?