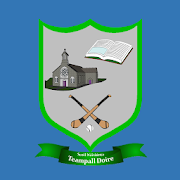 Templederry NS is set in a picturesque rural area nestled between the towns of Nenagh and Thurles. Templederry National School is a mixed school with children ranging in age from 4 years - 13 years. (Junior Infants to 6th class). The school was originally built in 1962 - 63 as a two teacher school.This was extended in 1974 to accommodate pupils coming to Templederry N.S. because of the closures of Gortnagoona N.S. Latteragh N.S. and Curreeney N.S. While the school serves the immediate area of Templederry - many of our children travel to school by bus & car from quite a large catchment area.The school grounds are very spacious and are tastefully landscaped. We have three playing field areas at the rear of the school, and a brand new 2000 sq m astro turf facility which is available for hire. Every effort is made to keep the school litter free whereby children are encouraged to recycle. The school has won the Tidy Schools Competition organised by Tipperary N.R. County Council. The children are taught to respect school property, shrubs, trees etc. In 2011, Templederry N.S. formally entered the Green School Competition and was awarded the first green flag in 2012. The second green flag was received in May 2014 and in June 2016 with great pride and pleasure, the school's third Green Flag was officially raised. The school again, won a prize in the Tidy Schools Competition 2016.All the “partners in education” work well together to make the learning environment for our children attractive, stimulating and safe.