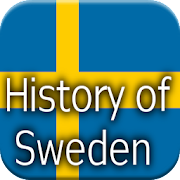 During the 11th and 12th centuries, Sweden gradually became a unified Christian kingdom that later included what is today Finland. During the early Middle Ages, the Swedish state also expanded to control Norrland and Finland. Modern Sweden started out of the Kalmar Union formed in 1397 and by the unification of the country by King Gustav Vasa in the 16th century. Vasa fought for an independent Sweden and broke with the papacy, establishing the Lutheran Church in Sweden. In the 17th century Sweden expanded its territories to form the Swedish empire. Most of these conquered territories had to be given up during the 18th century.During the 17th century, after winning wars against Denmark, Russia, and Poland, Sweden emerged as a great power by taking direct control of the Baltic region. Sweden's role in the Thirty Years' War determined the political as well as the religious balance of power in Europe. The Russians won a war against Sweden in 1709, capturing much of the Swedish army.Sweden joined in the Enlightenment culture of the day in the arts, architecture, science and learning. Between 1570 and 1800 Sweden experienced two periods of urban expansion. Finland was lost to Russia in a war in 1808–1809.In the early 19th century Finland and the remaining territories outside the Scandinavian Peninsula were lost. After its last war in 1814, Sweden entered into a personal union with Norway which lasted until 1905. Since 1814, Sweden has been at peace, adopting a non-aligned foreign policy in peacetime and neutrality in wartime. Sweden was neutral in World War I. Post-war prosperity provided the foundations for the social welfare policies characteristic of modern Sweden. Sweden created a successful model of social democracy. Sweden remained neutral during World War II, avoiding the fate of occupied Norway. Sweden was one of the first non-participants of World War II to join the United Nations (in 1946).Apart from this, the country tried to stay out of alliances and remain officially neutral during the entire Cold War; it never joined NATO. The social democratic party held government for 44 years (1932–1976). The 1976 parliamentary elections brought a liberal/right-wing coalition to power. During the Cold War, Sweden was suspicious of the superpowers, which it saw as making decisions affecting small countries without always consulting those countries. With the end of the Cold War, that suspicion has lessened somewhat, although Sweden still chooses to remain nonaligned.